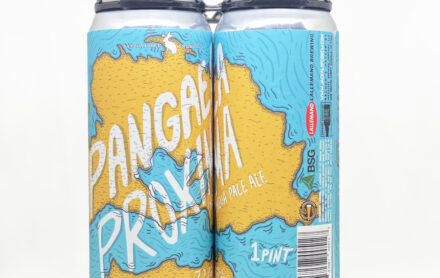 Lallemand was recently part of Big Brew, put on by the American Homebrewers Association for over 20 years that had a new twist on it this year due to the Covid-19 virus. It would not keep our homebrewers across the globe from participating this year! The event this year included a virtual toast and virtual brewing from across our lands. Whether or not you brewed the Homebrew Con commemorative recipe featuring our Voss Kveik strain, folks were still able to get together via online chats and shared the homebrewing love.

A note on the commemorative beer made by Jackalope Brewing Company in Nashville, TN: The beer was named after Pangaea Proxima, which is a theorized future supercontinent that would form 300 million years in the future. “We thought it fit the idea well. Also, we really like the idea of bringing people from around the world together in a time when we are all so separate.”

The Big Brew event pulled in 77 countries, 56 states and territories, 4, 800 participants, and nearly 32,000 gallons were made. That is a serious dedication to a hobby that Lallemand is so proud to support!